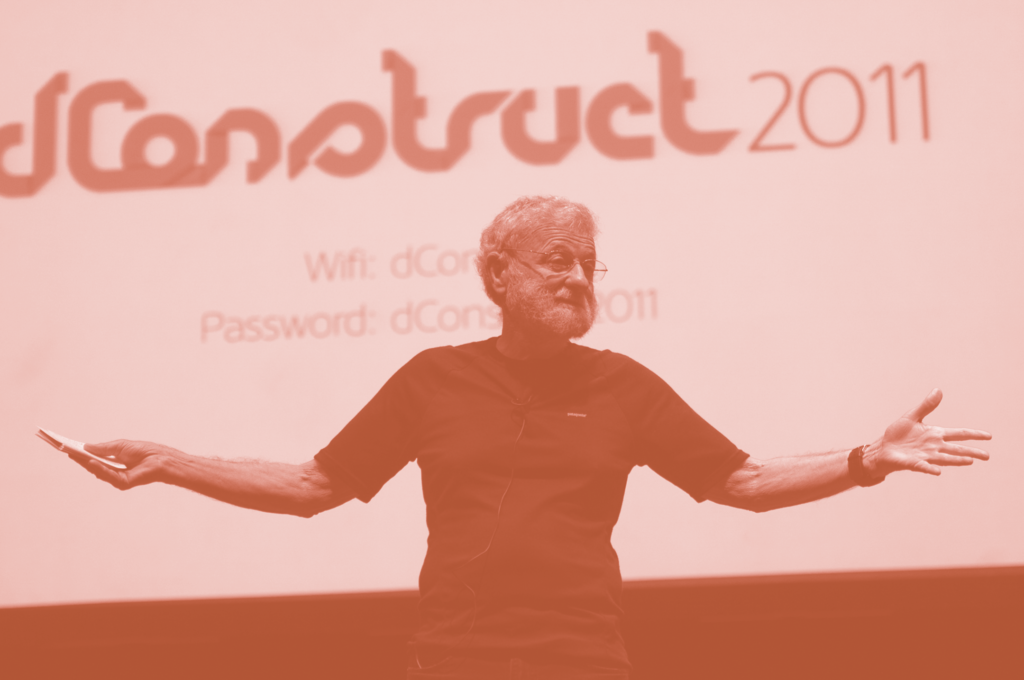 “Man is always aiming to achieve some goal and he is always looking for new goals.”

That is design, surely?

Inevitably, design has a tendency towards a goal or outcome, whether a building for the EU Parliament, an understanding of DNA, a software app, or the restitution of the ecosystem of the Large Blue butterfly.  Pask’s quotation above relates. The goals is often an experience. The architecture of a building, the design of a razor, a PC repair service, all involve customers or users and their estimations of the results of the design.  Wrapped up in this will be many other factors like business economics and learning, but designs routinely have some relationship to experience.  The remarkable reintroduction of beavers into England by the National Trust, which in 2021 produced the first kit, required that the beavers should find the conditions satisfactory.  And the exercise and no doubt its repetition is evaluated by the results, which have been remarkable in terms of the very rapid transformation of the ecosystem, which Beavers are capable of doing.  So the kinds of outcomes that are achieved are very diverse and often multidimensional.  Who experiences, how, and why, and how many different parties even, is equally diverse.  The point is that to design something is to produce an outcome which makes some difference in the world and the difference is commonly as it is interpreted by someone or something.  As will be explained further, the quite remarkable feature of this from the point of view of historic science was that it did not include the possibility of working towards a goal ia a fundamental aspect of the natural order. Now that the nature is so damaged this has become an imperative.

The second half of Pask’s quotation is also important: people looking for new goals, and also better goals, alternative goals to explore together.  Humanity needs to find new goals in the 21st century if it is to be thriving at the end of the century.  And learning is a fundamental principle of cybernetics. For that the Society aims to foster Special Interest Groups (SIGs) and other opportunities for learning and practice, and relevant activities

Ultimately, cybernetics is transdisciplinary. The Design ‘aspect’ — sectional field of interest — is the metatag or category used to connect a wide field of related interests, just as The Whole Earth Catalog first demonstrated in 1968. It was one of the cultural entries into design, cybernetics, systems thinking, and design. Like cybernetics, it was transdisciplinary, launched with the perspective of “wholeness”.  It connected a generation of countercultural thinkers and new wave scientists, designers, and artists with the notion that we could understand the world differently and build differently.  It was therefore one of the influential levers of cybernetics.

The creation of Stewart Brand, the first edition of the  catalogue came out in 1968 during the protest movements that swept around the world.  Its section on Understanding Whole Systems combined the work of Christopher Alexander — a professor of mathematics turned professor of architecture who researched a qualitative science of wholeness — with D’Arcy Thompson’s and Buckminster Fuller’s explorations of form in natural and human structures. Design cybernetics sees design practice as a way of enquiring, and of expanding scientific research into the creative, ethical and aesthetic domain. Alexander was clear that a science that could not deal with the qualitative was a restricted science, and one that may prove unfit for the needs of this century.

Stewart Brand further connected these to Heinz von Foerster’s review of George Spencer Brown’s Logic of Form.  Ludwig van von Bertalanffy, Norbert Wiener, Warren McCulloch, Ross Ashby, and others from Cybernetics’ Macy conferences were also reviewed or included in this in later editions along with many others.  Its importance was not only in the introduction of a huge and diverse set of brilliant thinkers, but putting them into the context of design itself, indeed the project to design a better life-giving whole world.  Brands Whole Earth Catalog was dense with its own brilliance and those of others.

Brand says he was inspired by Charles Eames, one of the leading designers of his day — who by the way designed both IBM’s logo and their furniture.  As Wagner had introduced the idea of the total work of art, the inspiration now was for multidisciplinary design, the ‘comprehensive designer’, R. Buckminster Fuller’s call for designers who can synthesise many disciplines. This was a broad movement for which cybernetics — properly understood and not turned into purely academic and separated disciplines — is an ideal resource. Indeed, cybernetics is credited as one of the key influences on the design movement. Joichi Ito wrote that it “has left its mark: design, and in particular, “design thinking,” emerged and survives today as a practice that cuts across many of the disciplines that were touched by it.”⁠2

The cybernetics of design

“I invented the term [User Experience] because I thought Human Interface and usability were too narrow: I wanted to cover all aspects of the person’s experience with a system, including industrial design, graphics, the interface, the physical interaction, and the manual.”

—Don Norman at Apple in 1993 (referenced by Peter Merholz)

Many designers took up principles of cybernetics directly from the original founders or by social osmosis.  Cybernetics legitimised and clarified key aspects of the process of creating user experience as a designed outcome.  Consider some of the fundamental terms of cybernetics.  Feedback relates to an experience — feedback is something experienced.  The colloquial expression in which a person gives you feedback is a misunderstanding of the cybernetic term, which is that a person (or an animal) notes or mark something which is significant (it is a sign) that tells them something as a result of which an adjustment may or may not need to be made.  If a person gives you the feedback that they like it or don’t like it, it’s because they’ve already had that experience, and that experience is their guide.

Context is another.  Everything sits in a context — think of a shop window and how it changes the shop and how the items arranged in the shop window and how they are arranged together form some kind of experience or impression of what is to be found in the shop.  They contextualise each other.  And think about how shops are related to each other — why is a particular neighbourhood of a particular kind?  Because the different shops together form that kind of neighbourhood.  A user uses something in a context and so things are designed and made to be used in a context by people of a type.  The type in this case is of course the type of people who want or need that kind of something.

Exploring the different aspects of cybernetics leads deeply into the heart of design, while the way any great designer talks or describes what they do and what needs to be learned gives profound insights about cybernetics.  In this way practice and theory come together.  If you are a designer, learning cybernetics can be a way of thinking about what you do.  If you are a cyberneticians, exploring design can be a way of understanding cybernetics in a way that is not merely theoretical and abstract, because ultimately although the theory can be abstract the practice is far from it.

That is why academic locations like the MIT Media Lab that have been so influential in the development of the design world famous institutions like Rank Xerox Palo Alto have always been deeply rooted in the practical.  And it’s also interesting that in the development of the theory of cybernetics, it was common for the founders to make things to demonstrate the theory and to prove it.

Design thinking has become an important feature in many organisations, some training thousands of people in the practice.  It’s fundamentally oriented around understanding users in thinking through the processes that will deliver experience to those users that they will value.  There can vary from how the coffee is made and delivered in a café to have a large software system may be implemented to change practices in a company.

A person should design the way he makes a living around how he wishes to make a life.

It also leads to various kinds of practices such as Agile.  Cybernetics was also influential in the development of the total quality movement, particularly through W. Edwards Deming.  He was part of the original founding group along with Norbert Wiener.  So he designed factory systems, production systems that were more reliable and delivered higher quality at lower costs.

It’s an interesting experience to do on examination of our world and ask, which part of the planet is not an outcome of human intervention?  There is very little.  And that leads to an enormously important task for design, to which cybernetics can contribute.  We have to design the future for humanity and the planet, because we cannot leave it to chance and we cannot leave it to what we have been doing in the past.

Aspects of society where design matters

Below are just a few aspects of design