Science is headed for a turn, waking up to another level of logic that recognises the observer’s in both the world and the making of science

Cybernetics is the science of achievement, the great meta-discipline of our time.

The CybSights Insights series is normally curated and hosted by the Secretary, Angus Jenkinson, FCybS. Attendance is free. Non-members are invited to make an optional donation or to Join. Follow us for news of future events.

We are particularly delighted to be able to welcome an eminent member of the cybernetic discipline discussing the very future of science.

The initial generation of cybernetics was keen to develop smart technology and to show the parallels between machine and human, after all people implanted human designs into their machine organization. Later cybernetics was more concerned about the processes of the living, as well as the ways in which the ‘observation process’ (whether done by a robot, frog, or person of some cultural background) shaped knowledge and behaviour. This was also part of an evolving shift in the understanding of the world . A next step is a shift in the understanding of science itself. Dr Stuart Umpleby is a leading thinker in this movement and this session should be a treat.” — Angus Jenkinson, Secretary of CybSoc

In this session distinguished thinker Prof Stuart Umpleby will briefly introduce the theme, then enter into conversation with Angus Jenkinson and others, followed by conversation with the audience on the potential (cybernetics inspired) future of science.

The idea of second-order science grew out of the idea of second-order cybernetics. The basic idea of second-order cybernetics is that science should be expanded by adding the observer to what is observed (Foerster 1974). This intention may seem to contradict a key assumption about science, namely that the purpose of science is to create objective descriptions. The observer can be excluded because, if an experiment is conducted properly, any observer will see the same things. However, if we include the observer in what is observed, we can shift our thinking from viewing science as creating descriptions of systems to viewing science as an active part of social systems. We would then think about the co-evolution of theories and societies.

Stuart has a paper you can read by following the link.

Below his bio there are various brief key points involving context, method, results, and implications. Consider them in advance?

This is colloquy rather than lecture

Stuart A. Umpleby is professor emeritus in the Department of Management at the George Washington University in Washington, DC. He received degrees in engineering, political science, and communications from the University of Illinois in Urbana-Champaign.

Umpleby is a past president of the American Society for Cybernetics. From 2015 to 2020 he served as president of the Executive Committee of the International Academy for Systems and Cybernetic Sciences (www.iascys.org), an honor society created by the International Federation for Systems Research (www.ifsr.org). He has consulted with the World Bank, with government agencies in the U.S. and Canada and with corporations in the U.S., Europe, Japan, and China.

Key themes from the paper

Context • Philosophy of science is the branch of philosophy that deals with methods, foundations, and implications of science. It is a theory of how to create scientific knowledge. Presently there is widespread agreement on how to do science, namely conjectures, ideally in the form of a mathematical model, and refutations, testing the model using empirical evidence.

Problem • Many social scientists are using a conception of science created for the physical sciences. Expanding philosophy of science so that it more successfully encompasses social systems would create new avenues of inquiry. Two dimensions could be added to philosophy of science: the amount of attention paid to the observer and the amount of impact of a theory on the system described.

Method • My approach is to illuminate underlying assumptions. I claim that there are at least three epistemologies and that they can be combined to form a more robust conception of knowledge and of how to do research. There are at least four models and four basic elements (i.e., ideas, groups, events, variables) being used by (social) scientists.

Implications • The task for members of the scientific community, particularly social scientists, is to practice second-order science and to further develop its theories and methods. A practical implication is to accept methods for acting as well as theories as a contribution to science, since methods explicitly define the role of an observer/ participant.

The Insights Series is an eclectic and learned collection of monthly events on the 4th Tuesday of each month hosted by Cybernetics Society. There will be lectures, seminars, conversations, debates, participation, all advancing our knowledge of cybernetics and related disciplines and their applications to real world needs. Follow us for this and other events.

Cybernetics offers a distinct “go” — techniques — to address local and global challenges of the 21st century.

The Cybernetics Society promotes and offers education and research opportunities in the rich field of cybernetics. It is a specially authorised learned society reporting to the FCA and established by a 1974 Act of Parliament. To join visit our membership system or pick the Join ticket. We give MCybS and FCybS postnomal awards.

Cybernetics and the Society seek understanding of the vast domain of active causation, internally controlled behaviour towards outcomes of value in living organisms, people, ecosystems, societies and firms, and non-living machines. We cultivate the principles and praxis required to design policies, interventions, and innovations for social and ecological weal.

Cybernetics plays into and strongly influences many scientific and practice fields including design, epistemology, ecology, biology, psychology and living behaviour, technology and engineering, social policy, and business practice. Many feature in the wonderfully aware and successful designers and thinkers of this series.

We are interested in people who are learners, advisers, researchers, academics, designers, leaders. Those involved in policy and practice — think tanks, central and local government, enterprises, foundations, academic and civil society institutions. These may range from Rowntree to RSA, Royal Society to the Royal Institute of British Architects, the local housing association to the UN. We place great importance on the value of cybernetics for better business. From startups to global giants, cybernetics offers powerful insight and tools for enterprise.

The Cybernetics Society has been hosting conversations and lectures since the late 1960s. We also have an Annual Conference. Videos are shared on our YouTube Channel. Get in touch of you have an idea. Follow us. 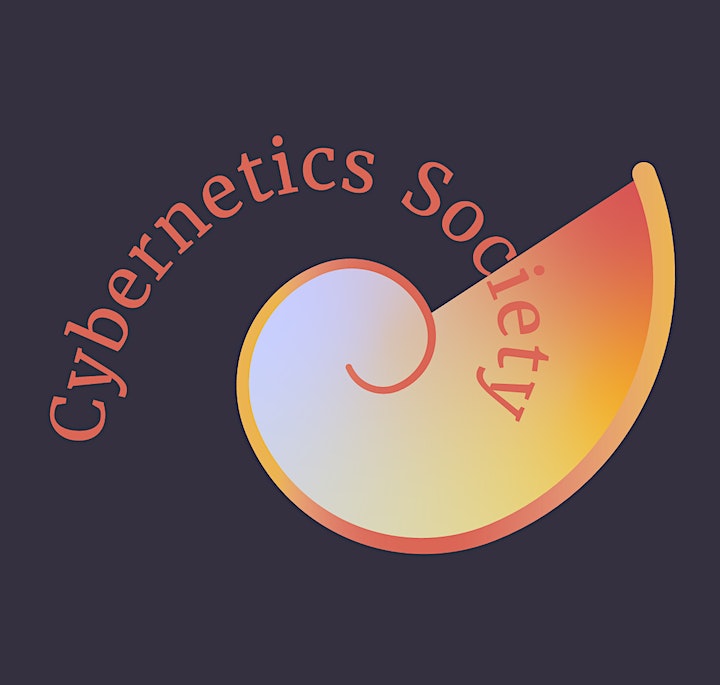 Follow us on
Up Next: CybSights Insights: Putting on CyBeer Goggles (in public administration)